When a toxic amount of a substance (drug or medicine) is taken, it is called an overdose. Drugs are harmful or poisonous when too much or more than the prescribed amount is taken. Commonly abused drugs include alcohol, illegal drugs and even over the counter medication and herbal medicine. Please note that drug overdose IS a medical emergency and treatment should be sought promptly.

Drug tolerance depends on a person’s age, his state of health and the exposure or consumption of the drug. Even though a casualty may recover from the harmful effects of drug overdose, through treatment or without it, 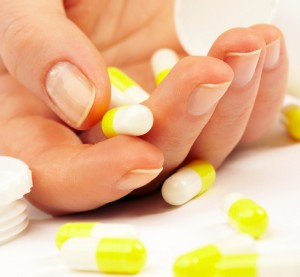 sometimes death may occur as well. Serious complications affecting the vital organs of the body such as permanent damage may also result. In the case of an attempted suicide, treatment may be ongoing.

The signs and symptoms depend on the individual, his health, the amount of drug being abused and the drug itself.

The following groups have an increased risk of suffering from major effects of overdose:

The risk of overdose increases when:

Where to Learn More

Let us know if you liked the post. That’s the only way we can improve.

The information posted on this page is for educational purposes only.
If you need medical advice or help with a diagnosis contact a medical professional