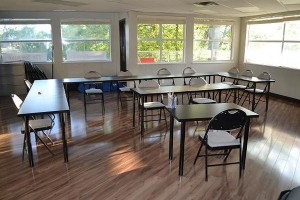 syndrome, Kawasaki disease is a condition that causes inflammation to the walls of small-and-medium-sized arteries throughout the body including the coronary arteries which supply blood to the heart muscle.

Kawasaki in a victim usually comes in various symptoms and in three phases. In order to ascertain the presence of Kawasaki disease, check the following symptoms on the patient in the first phase: swollen, red skin on the palms of the hands and the soles of the skin, exceedingly red eyes without a thick discharge, irritability, swollen lymph nodes in the neck, a rash on the main part of the body and in the genital area. In the second phase, a child may develop abdominal pain, vomiting, joint pain and peeling of skin on the hands and feet in large sheets. In the third phase however, the signs and symptoms should go away slowly unless the child develops other complications.

Experts have not established the actual cause of Kawasaki disease; scientists believe that the disease is not contagious. Theories have linked the disease to viruses, bacteria and environmental factors but none has been scientifically proved. The disease happens mostly in the late winter and early spring seasons and certain genes may increase a child’s vulnerability to the syndrome.

Children below 5 years of age are known to be susceptible to Kawasaki disease. In addition, boys are slightly more often at risk than girls and children of Asian descent for instance, the Japanese and Koreans have higher rates of Kawasaki disease.

About 1 in every 5 children with Kawasaki disease develops heart problems like inflammation of the heart muscle and blood vessels that supply blood to the heart. Again, inflammation of the coronary arteries may lead to weakening and bulging of the walls of the artery which can eventually cause heart attack or internal bleeding. Even with treatment, a small percentage of children are reported to have died after developing coronary artery problems.

Treatment of Kawasaki disease is usually commenced as soon as possible by the doctors, especially while the child still has fever. This is done to reduce the risk of complications by lowering the fever and inflammation that might cause heart damage. The general practitioner can recommend treatment after examining the child. For instance, a child may need to take low-dose aspirin for a few weeks to prevent clotting in case he or she develops coronary artery aneurysm. However, the doctor might advice that one terminates the dose should the child develop flu or chicken pox. Should the child develop continuing health problems associated with Kawasaki disease, the doctor may also refer you to a doctor who deals with diseases of the heart in children.

Let us know if you liked the post. That’s the only way we can improve.

The information posted on this page is for educational purposes only.
If you need medical advice or help with a diagnosis contact a medical professional